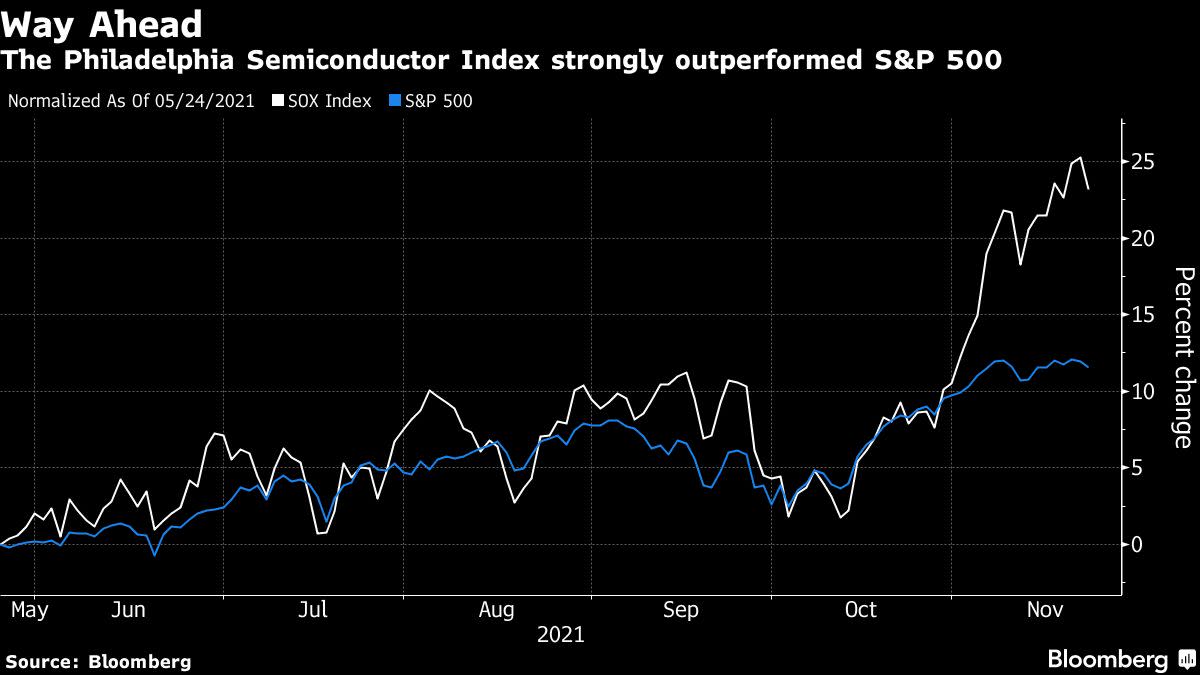 (Bloomberg) — Bond yields are on the rise again, serving a reminder to technology investors of the need to guard against unwelcome surprises.

As higher rates tend to discount the present value of future profits, tech stocks with the highest valuations tend to suffer most, as witnessed in the Nasdaq 100 Index’s 1.2% drop from record levels on Monday. The tech-heavy index extended losses on Tuesday with a 1.2% decline.

The biggest laggards on the gauge on Monday included three fast-growing yet unprofitable companies Crowdstrike Holdings Inc., Atlassian Corp Plc and DocuSign Inc. All have become richly valued on the back of their growth potential, trading at 23 times to 38 times estimated annual sales. Another of the index’s big fallers on Monday was loss-making Peloton Interactive Inc., even after its stock slumped this year on concern over slowing growth.

The action could be a preview of what’s to come for some of tech’s highest fliers should interest rates continue to climb, according to Bloomberg Intelligence. The fastest-growing software stocks could see their valuations shrink by more than 20% next year in such a scenario, analysts including Anurag Rana wrote in a research note on Friday.

Goldman Sachs Group Inc. has a similar view: “Avoid fast-growing firms valued entirely on long-term growth expectations, which will be more vulnerable to the risk of rising interest rates or disappointing revenues.”

Strategist David J Kostin prefers companies with dependable profit margins such as Mastercard Inc., Meta Platforms Inc., Autodesk Inc. and Zoom Video Communications Inc. The consensus estimate for Mastercard’s 2023 profit margin is 47%, with the others at around 30%, Kostin said in a note. Their valuations based on 12-month forward sales are also about half as pricey as loss-making tech companies, according to Bloomberg data.

Bank of America Corp. is also wary. Investors can expect a “rates shock” in 2022, strategists led by Michael Hartnett wrote in a note Monday, calling out “the-mother-of-all bubbles” in cryptocurrency and tech stocks.

Tech Chart of the Day