‘There’s no retirement in this job,’ gig workers say 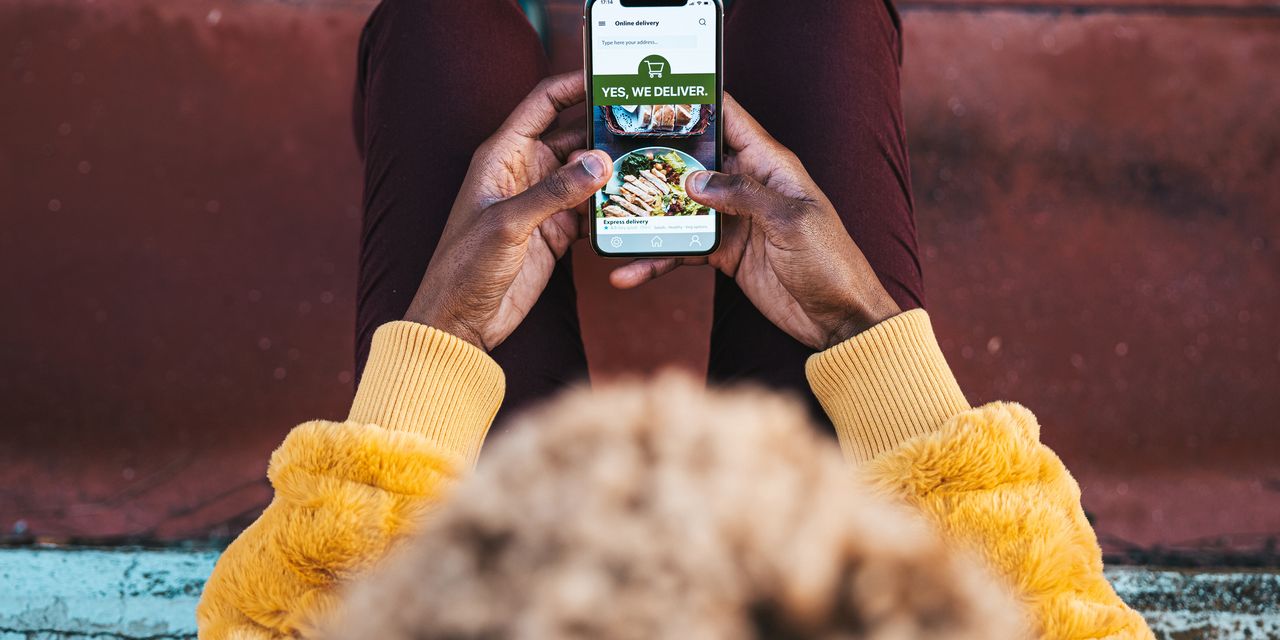 Dean Rainer finds it hard to believe that anyone would think app-based gig workers can save for retirement.

“I needed a good laugh today,” the 60-year-old who delivers for Uber UBER Eats said when asked about his retirement plans. “Thanks for that.”

Rainer estimates that he made about $14 an hour on average doing deliveries about 35 hours a week in Orlando, Fla., before he moved recently to Birmingham, Ala. “It could be lower, but never higher,” he said, citing few tips, high fuel costs and base pay as low as $2 a delivery since he began delivering in March 2021.

“They’ve been two-dollaring me to death,” he said. Because of that, Rainer said he would probably have to work “the full 12 hours a day Uber allows for any type of extra cash to invest in [an] IRA.”

His experience is mostly in line with findings from a report published by Pew Research in the fall, which found that most gig and nontraditional workers have saved little for retirement. While Pew’s survey of about 1,000 workers found that the biggest barrier is lack of access to retirement-savings vehicles, two-thirds of those surveyed said immediate needs and emergencies also keep them from saving for retirement.

Another Pew survey last year of more than 1,300 gig workers found that most of them do the work part-time or to supplement other income. But nearly one-third of those surveyed, or 31%, rely on gig work as their main source of income — meaning they may not have other options for retirement savings.

That’s the case for Esterphanie St. Juste, a 57-year-old Lyft Inc. LYFT driver in the Los Angeles area. A former real-estate agent, she says she has never had a job where she could save for retirement. She is now looking to make a change.

“There’s no retirement in this job,” she said. “There’s nothing left over by the time you pay your bills and you live, and nothing to save for retirement.”

So she said she is going through an employment-services program in San Fernando Valley, working on her résumé and thinking of taking some classes.

“At this point, it’s a losing proposition,” she said of gig work.

While app-based gig workers must pay taxes that help fund Social Security — in fact, they pay 12.4%, twice as much as those who have employers because they also have to pay for the part employers usually provide — the retirement benefits they may receive would likely need to be supplemented more than others for a variety of reasons. For one thing, experts say, many gig workers tend to earn lower wages.

Read: Social Security recipients are getting a big raise — but also are falling further behind

Also, some gig workers may not be aware that they have to file self-employment taxes because up until this year, companies like Uber, DoorDash Inc. DASH and others did not have to provide 1099-K tax forms to workers unless they had earnings of at least $20,000 a year and 200 transactions, said Caroline Bruckner, a tax professor at American University in Washington, D.C. Under new rules that were part of the American Rescue Plan and became effective Jan. 1, the companies now have to send 1099s to workers who make at least $600 a year.

“If we do nothing else, the most important thing we can do is to convince people to pay their self-employment tax,” said Bruckner, who does research on the gig economy. “Social Security is the easiest way to facilitate some retirement savings.”

Even if gig workers pay their taxes and therefore pay into Social Security and Medicare, some experts warn about the long-term implications of millions of independent workers who aren’t setting aside additional money for retirement.

“Based on our studies, we will have a nation filled with older people without anything to supplement their Social Security income,” said Teresa Ghilarducci, a labor economist, expert on retirement and professor at the New School university in New York. “By the time they reach 62, they will only have Social Security to rely on and their living standards will fall.”

She said that as the app-based gig economy — and other independent work — grows, she foresees a middle class that will be “downwardly mobile to poverty or near poverty” come retirement time, which is why she has long proposed a federal pension plan for all workers.

Ghilarducci also pointed out a “vicious cycle” in today’s economy: While gig companies rely on people who may not earn enough to save for retirement, some people come out of retirement to work in the gig economy because they don’t have enough money saved.

Other experts say possible retirement solutions can be facilitated by the big gig companies, regardless of the fact that they consider their workers independent contractors. David John, senior policy adviser for the AARP, said if a technology platform such as a mobile app can be used as a way to help people track their earnings, it can also be used as a way to save for retirement.

Any such system facilitated by gig companies or a third party would be helpful, according to Dan Doonan, executive director of the National Institute on Retirement Security. He said workers are 16 more times to save for retirement if they have access to retirement programs at work.

Uber, Lyft, DoorDash and other gig companies have pushed the idea of portable benefits, which they say they would fund and allow workers to move among different platforms and allow access to benefits such as individual retirement accounts. In Massachusetts, for example, the gig companies are backing a bill that would establish portable benefits for app-based drivers.

A Lyft spokesman said the company is “working with leaders across the country to update labor laws to allow us to provide more benefits and protections to drivers.” Similarly, an Uber spokeswoman reiterated her company’s support for portable benefits.

Along the same lines but not necessarily as an endorsement of the gig companies’ portable-benefits campaign, the AARP has been looking into retirement accounts that “go with you,” John said. Regardless of whether someone is a contingent worker, “every time you join an employer, you provide your information and arrange to have a proportion of your income go into that retirement savings program,” he added.

Ghilarducci, the labor economist, said “you need portable benefits with money in them.”

“Portability is maybe not ambitious enough,” said Matt Rutledge, associate professor of economics at Boston College whose research centers on labor market outcomes for older workers. He suggests a government-run system for individual retirement savings that would invest in index funds. Some states, such as Oregon, California and Illinois, already offer similar options for private-sector employees whose employers don’t offer retirement plans.

“You want people to be able to save for retirement regardless of what job they have,” he said. “You can make it just as easy as Social Security, with the possibility of saving more than you can through Social Security without sacrificing the safety that Social Security gives us.”

Meanwhile, DoorDash touts a partnership with the National Urban League on a website called GoalUp, which launched last year. It provides online modules for DoorDash delivery workers on financial topics that include retirement, budgeting, investing and more.

While the National Urban League initiative was originally conceived to help Black and other minority DoorDash workers, it has expanded to be offered to all of the company’s delivery workers, said Cy Richardson, a vice president at the National Urban League. Mariah Ray, head of strategic partnerships and innovation policy at DoorDash, said the company sends out emails and in-app reminders to all its U.S. delivery workers who may want to use GoalUp. She said about 6,000 “Dashers” of the company’s more than 1 million total delivery workers have used the portal since its launch in the fall.

“We work hard to help [Dashers] leverage their earnings and build generational wealth and to offer products and partnerships that help Dashers save on expenses,” Ray said.

The GoalUp initiative is strictly informational and perhaps could be useful for people like Sky Strowbridge, a 51-year-old DoorDash delivery worker in the Sacramento metropolitan area who works about 30 hours a week. He says he earns about $25 an hour and “could put away a percentage (and I probably should) with a little discipline…  I think it’s all about taking control and not waiting for someone else to do it for you.”

But a DoorDash delivery driver in Mesa, Ariz., who requested anonymity, said he makes an average of $600 to $1,000 doing deliveries about 30 to 40 hours a week and hardly has any extra money. If he does, he sets it aside in case he has to get his nearly 18-year-old car fixed. Without it, he wouldn’t be able to do deliveries.

At 47 years old, he has many more years to go until retirement, but “I pretty much look at it this way,” he said.

“When that time comes, I’m pretty much screwed. I have no type of savings whatsoever, I really don’t.”