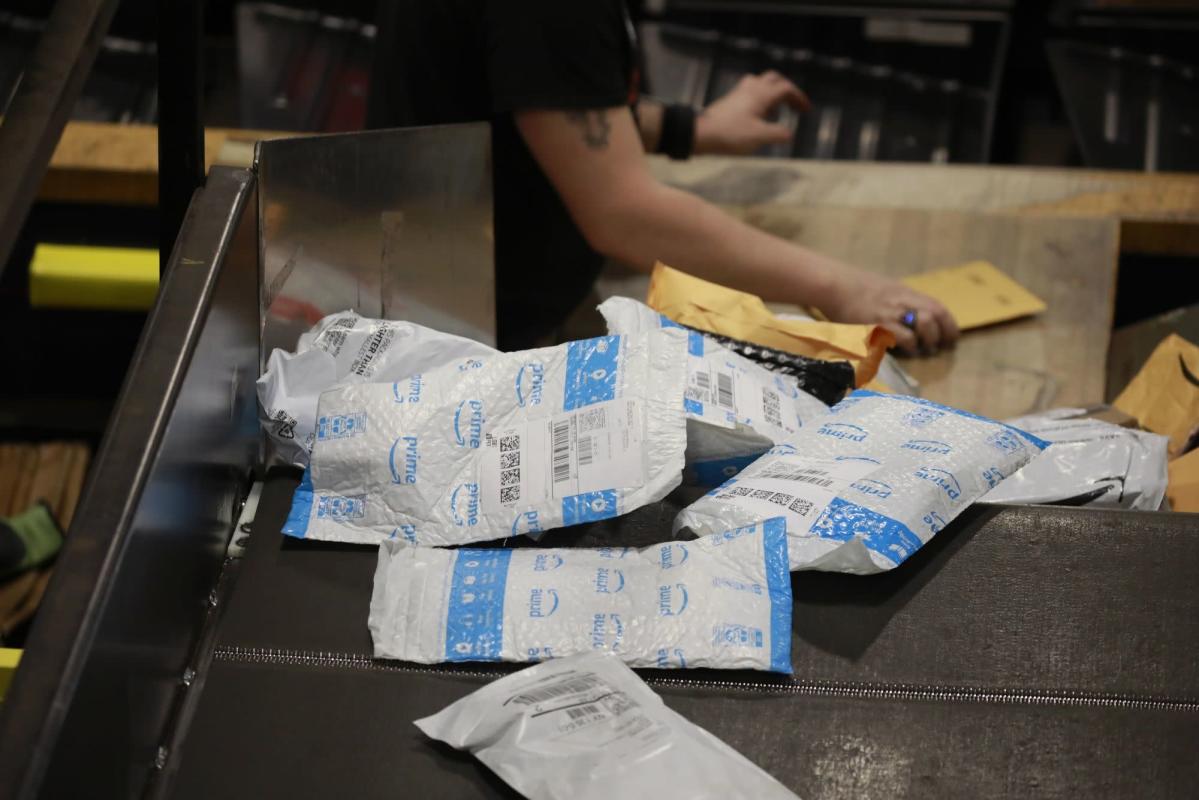 (Bloomberg) — Amazon.com Inc. reported a a strong holiday quarter, calming Wall Street’s concerns that the company was headed for a slowdown.

Profit beat expectations, helped by the cloud-computing division, and investors cheered a price hike for the company’s Prime subscription service. The shares jumped about 18% in extended trading.

Fourth-quarter sales increased 9.4% to $137.4 billion, the Seattle-based company said Thursday in a statement. Profit was $27.75 a share, aided largely by a pretax gain from the company’s investment in Rivian Automotive Inc. which went public in November. Analysts, on average, projected revenue of $137.8 billion and earnings of $3.77 a share, according to data compiled by Bloomberg.

Amazon in October had warned investors it would spend big in the holiday period to deliver for customers in the face of global supply chain bottlenecks and staffing shortages tied to the pandemic. It offered hiring bonuses and overtime at many warehouses to keep them adequately staffed and secured space on any ship it could find to bring in inventory and meet demand. Fulfillment expenses were $22.4 billion, just less than estimates.

“As expected over the holidays, we saw higher costs driven by labor supply shortages and inflationary pressures, and these issues persisted into the first quarter due to omicron,” Chief Executive Officer Andy Jassy said in the statement. “Despite these short-term challenges, we continue to feel optimistic and excited about the business as we emerge from the pandemic.”

Amazon’ most profitable unit, the Amazon Web Services cloud-computing division, generated sales of $17.8 billion, a 40% increase, and operating profit of $5.29 billion, topping estimates. Advertising revenue was $9.7 billion, a 32% increase from a year earlier. It was the first time the company disclosed advertising as a separate line item. Previously it was part of the “other” revenue category.

“Amazon has evolved into a true platform, as more than 50% of its revenue now comes from areas outside of first-party retailing, such as cloud computing and advertising,” said Deren Baker, CEO of market research firm Edge by Ascential.

The $20-a-year increase in subscription costs to $139 a year for Prime, which offers shipping discounts, video streaming and other perks, is the first in four years. The price hike was widely expected to help the company deal with rising expenses.

The market is reacting well to the Prime fee increase and AWS results, said Bloomberg Intelligence analyst Poonam Goyal. “Costs are rising so keeping the pattern was warranted in a way,” she said. Goyal is watching for any commentary on the company outlook, saying that the projected growth “seems weak” after a strong holiday period.

Revenue will be $112 billion to $117 billion in the period ending in March, Amazon said. Operating profit will be as much as $6 billion. Analysts, on average, estimated $6.06 billion in profit on sales of $120.5 billion.