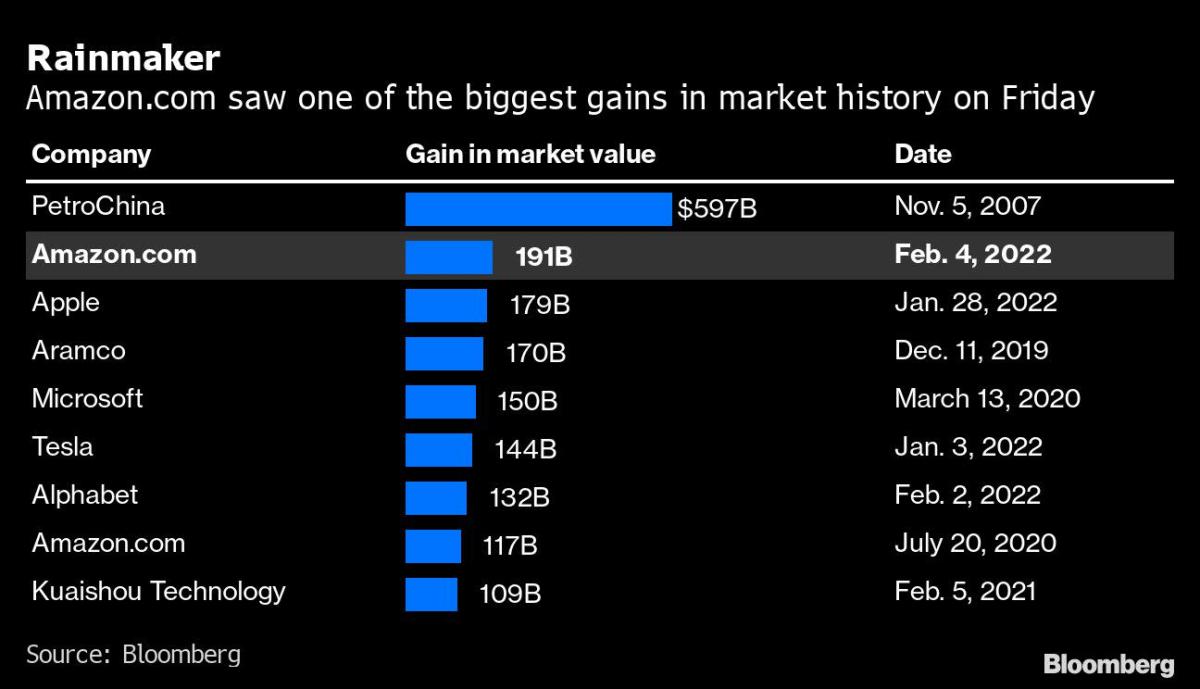 Amazon.com Inc. gave the market back what Meta Platforms Inc. took away — or at least a big chunk of it.

The e-commerce giant’s shares surged 14% on Friday, adding about $191 billion in market value, after investors cheered its fourth-quarter earnings report. The advance was the biggest single-day gain in U.S. stock market history, coming just a day after Facebook parent Meta Platforms entered the other end of the record book with a $251 billion wipeout.

Amazon’s move surpassed the previous U.S. record set by Apple Inc. last week when the iPhone maker added about $179 billion in value on the day after its earnings report. The global record for a daily gain in market capitalization was set by PetroChina Co., which added $597 billion on one day in November 2007.

The surge in Amazon’s stock price came after sales in its cloud computing business beat Wall Street estimates and the company raised the price of Amazon Prime subscriptions, alleviating some concerns about the impact of cost increases on profitability. Those elements overshadowed forecasts for sales and operating profit in the current quarter that fell short of expectations.

Amazon on Thursday suffered its worst day since March 2020, as Meta’s earnings flop raised fears about results for other big technology companies. The 7.8% decline in the regular session on Thursday wiped out more than $110 billion in market value for the Seattle-based company. Even with Friday’s rally, Amazon’s stock price is only back to where it was trading on Jan. 18 and down 16% from a July 2021 record.