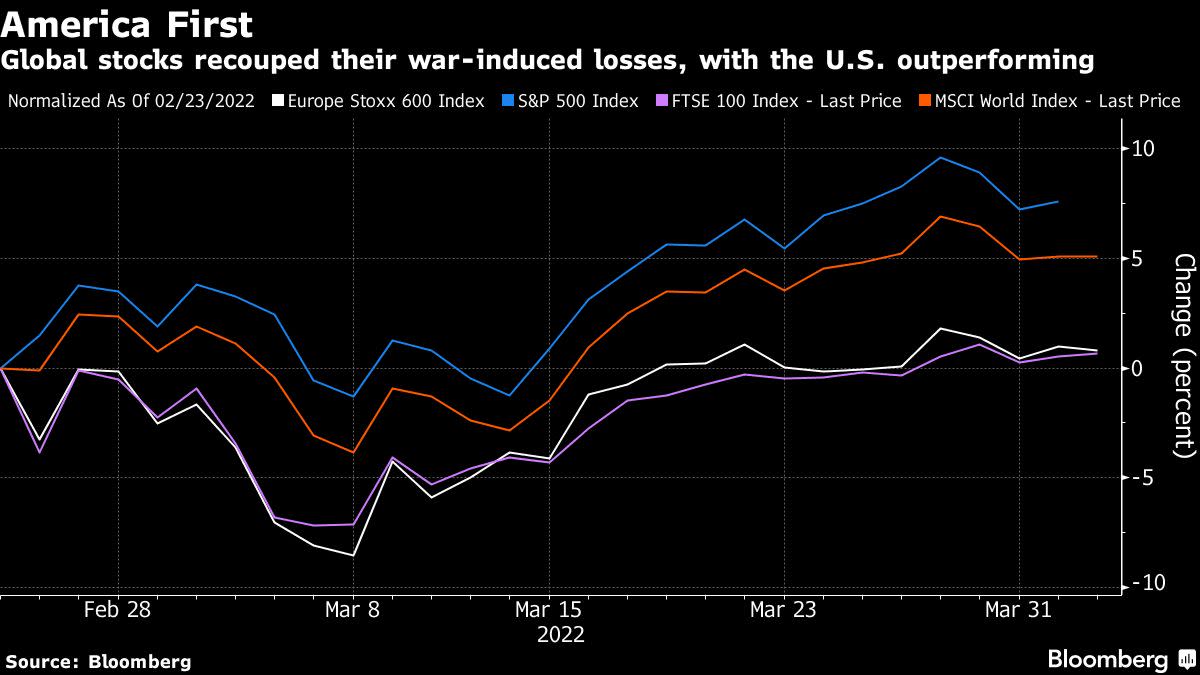 (Bloomberg) — The recent rebound in equity markets will prove short-lived, one of Wall Street’s most vocal bears said on Monday, advising investors to seek refuge in bonds as economic growth slows.

“The bear market rally is over,” Morgan Stanley Chief U.S. Equity Strategist Michael Wilson wrote in a note to clients. “That leaves us more constructive on bonds than stocks over the near term as growth concerns take center stage – hence our doubling down on a defensive bias.”

Wilson’s thesis is that the economy is heading for a sharp slowdown, due to a “payback in demand from last year’s fiscal stimulus, demand destruction from high prices, food and energy price spikes from the war that serve as a tax, and inventory builds that have now caught up to demand.” This less forgiving macroeconomic backdrop will become increasingly harder for investors to ignore, as it eats away at corporate profits.

Despite concerns that the war raging in Ukraine and the ensuing sanctions targeting one of the bedrocks of global commodity supply will exacerbate record inflationary pressures, U.S. and European equities rebounded last month, paring their quarterly losses. Wilson and his team had advised investors to sell the rally, arguing that it lacks legs.

The bearish view contrasts sharply with JPMorgan Chase & Co.’s team, which has been persistently calling for more upside to equities, saying growth concerns are overblown.

“Geopolitics remains a wild card, but we do not see equities fundamental risk-reward to be as bearish as it is currently fashionable to portray,” JPMorgan strategists led by Mislav Matejka wrote in a note. While Morgan Stanley’s Wilson doubled down on his recommendation for defensive stocks, Matejka and his colleagues said traditional defensives “should not have legs to a bounce beyond the geopolitical dislocation,” advising an underweight position.

At the start of the year, Wilson had the lowest year-end target for the S&P 500 index out of all the equity strategists surveyed by Bloomberg. He had similarly bearish views in 2021, which he later acknowledged were “wrong,” amid a brisk rally that pushed the main U.S. benchmark to successive records.