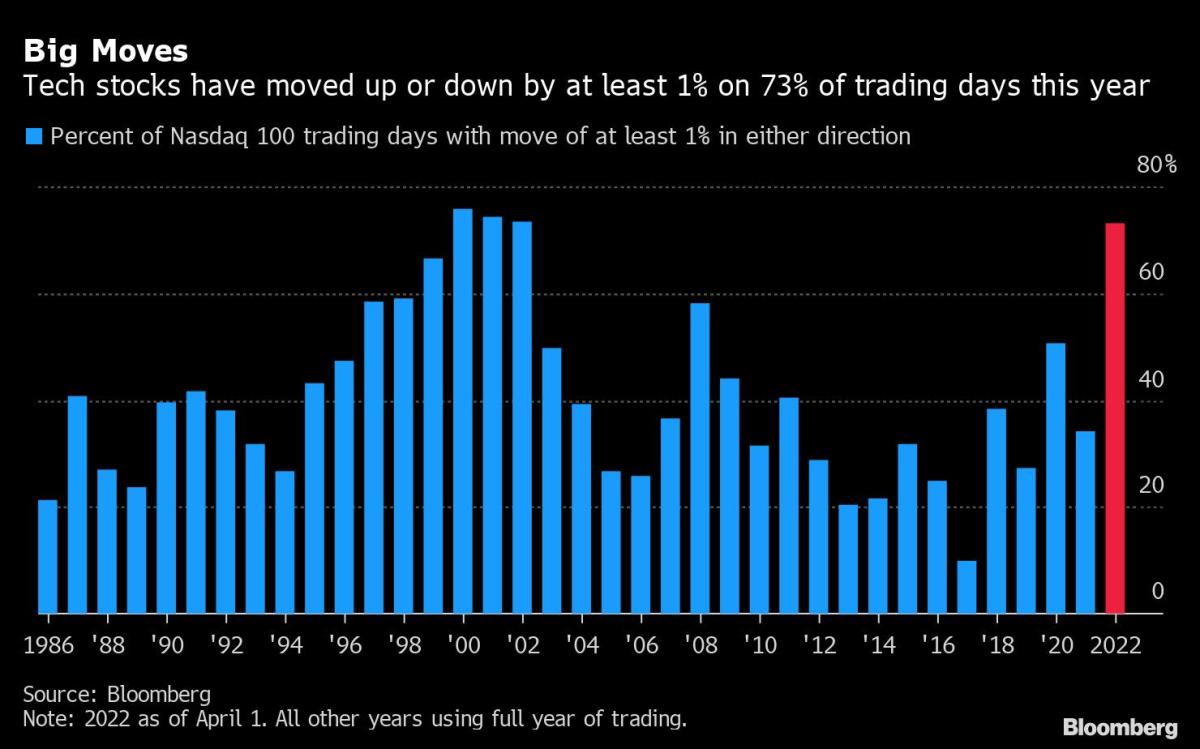 (Bloomberg) — Shopify Inc. has been called “Amazon Junior.” Those shoes are proving too big to fill.

Both companies are seen as bellwethers for the e-commerce sector and they are index heavyweights, too: Shopify is 3.1% of Canada’s benchmark stock index and Amazon.com Inc. is 3.7% of the S&P 500.

Unfortunately for Shopify investors, that’s where the similarities end.

Shopify provides the software and other services that allow small businesses to sell on their own websites, an increasingly competitive business that skeptics say is becoming commoditized. Amazon is not only a mammoth online retailer in its own right and offers a marketplace for smaller businesses, but it also operates a fabulously profitable cloud-computing business.

That helps explain why Shopify has been routed this year along with many other high-multiple software stocks — falling 50%, erasing about $85 billion in market value. Amazon is down less than 2%.

“They are two different businesses,” said David Trainer, chief executive officer and founder of research firm New Constructs. “Even with the recent stock price decline, shares remain priced for Shopify to be bigger than Amazon. Shopify remains significantly overvalued.” Trainer has one of two sell ratings on it, according to data compiled by Bloomberg.

Both stocks received a huge lift when the pandemic hit in 2020 and consumers turned en masse to online shopping. But Shopify has given back most of those gains as investors take a closer look at the fundamentals.

The company’s growth, while still impressive, is slowing. In its last earnings report, Ottawa-based Shopify warned that sales growth will be lower in the first quarter of this year. For the year, analysts expect sales to increase 31%, down from 57% last year.

Without a true cash-cow business like Amazon Web Services, Shopify’s profitability is modest and its valuation is sky high. The company’s enterprise value, which includes net debt, is more than 140 times estimated earnings, compared with less than 19 for Amazon.

That’s not uncommon for a young company that’s growing, of course. But therein lies the problem for the stock: Software providers with rich valuations are one of the market’s most out-of-favor groups. It’s a combination of a retreat from high-valuation stocks because of rising interest rates, skittishness about companies that aren’t very profitable, and slowing growth rates after the pandemic pulled forward demand for some tech services.

Despite the brutal selloff, some Shopify bulls are undaunted.

“If you can look past the next couple of years, you see that there is still good secular growth at an expensive price,” said Jordan Stuart, client portfolio manager at Federated Hermes. “A lot of portfolio managers are looking at large cap indexes, saying I have that exposure, what else do I want to own? I’ve got to own something different and Shopify is going to provide that opportunity.”