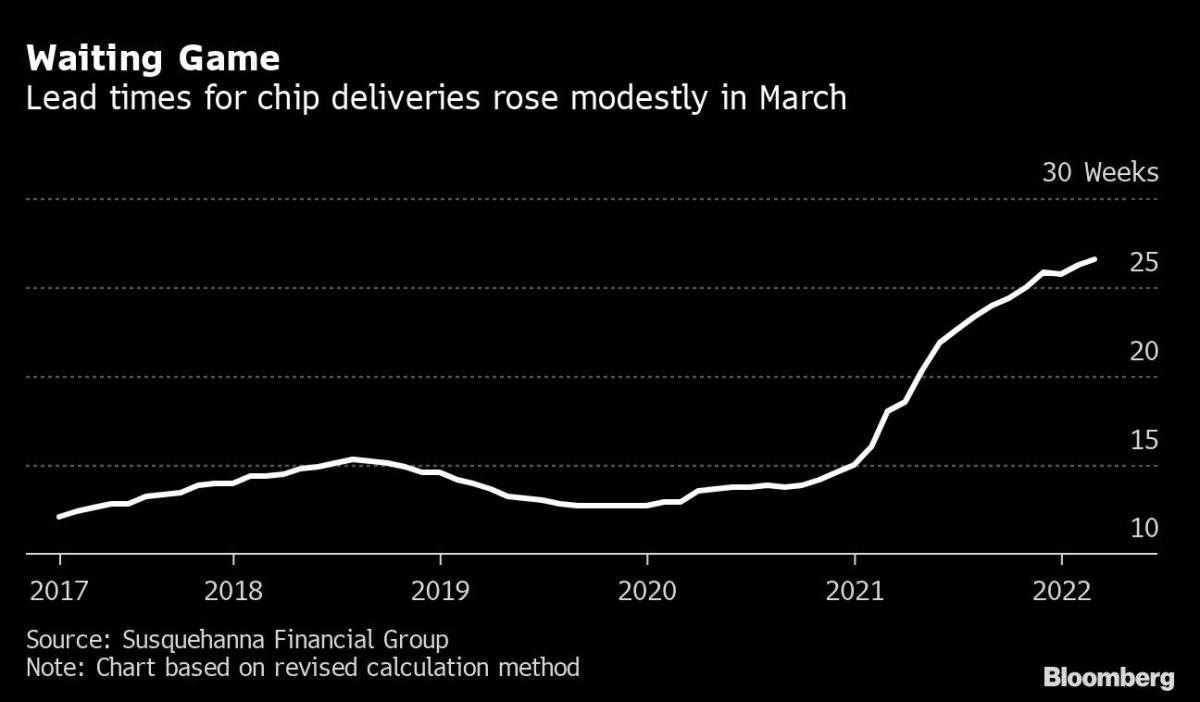 (Bloomberg) — A major industrial conglomerate has resorted to buying washing machines and tearing out the semiconductors inside for use in its own chip modules, according to the CEO of a company central to the chipmaking supply chain.

ASML Holding NV Chief Executive Officer Peter Wennink remarked on the situation, without naming the conglomerate, during his company’s earnings call Wednesday. The beleaguered firm relayed its struggle to him only the prior week, he said, signaling that chip shortages are going to persist for the foreseeable future, at least for some sectors.

“The demand we are currently seeing comes from so many places in the industry,” Wennink said, pointing to the wider adoption of Internet of Things applications. “It’s so widespread. We have significantly underestimated the width of the demand. That, I don’t think, is going to go away.”

Even major chip equipment makers including U.S.-based Lam Research Corp. are struggling to get enough components to fulfill orders, potentially making it more difficult for semiconductor fabs to significantly increase their capacity in the near term.

“On the demand side, the entire environment remains very strong, while continued supply-related delays could potentially limit how much wafer fabrication equipment investment can be executed in 2022,” Lam CEO Tim Archer said on an earnings call on Wednesday.

Automakers have yet to overcome a semiconductor crunch that has challenged their operations for over a year. Tesla Inc. said this week that production remains hampered by shortages and elevated prices for key components, while Volkswagen AG has cautioned to expect continued negative effects from chip scarcity. Earlier this week, Toyota Motor Corp. trimmed its output target by about 100,000 units for this year on insufficient semiconductor supply.

Production halts and component shortages as a result of the Russia-Ukraine war could intensify supply-chain challenges and delay a recovery of European auto sales in 2022. March passenger-car sales from Europe’s five largest markets are 40% below pre-pandemic 2019 levels, indicating the semiconductor crisis remains unresolved. Despite strong order books, official ACEA data due on April 20 may reveal a 20% slide in European auto purchases due to these bottlenecks.

Some signs of weakening consumer electronics demand have yet to translate into relief for manufacturers of other silicon-hungry products and devices.

Taiwan Semiconductor Manufacturing Co., the world’s largest contract chipmaker, reiterated last week that its capacity remains tight throughout 2022. A major Chinese chipmaker has sold out its capacity through 2023, according to ASML’s Wennink.

TSMC CEO C.C. Wei highlighted the challenges its suppliers are facing during an earnings call last Thursday, saying a constraint in labor and chips has led to a longer delivery time for tools.

The wait times for semiconductor deliveries rose slightly in March, reaching a new high of 26.6 weeks, after lockdowns in China and an earthquake in Japan further hampered supply, according to research by Susquehanna Financial Group.