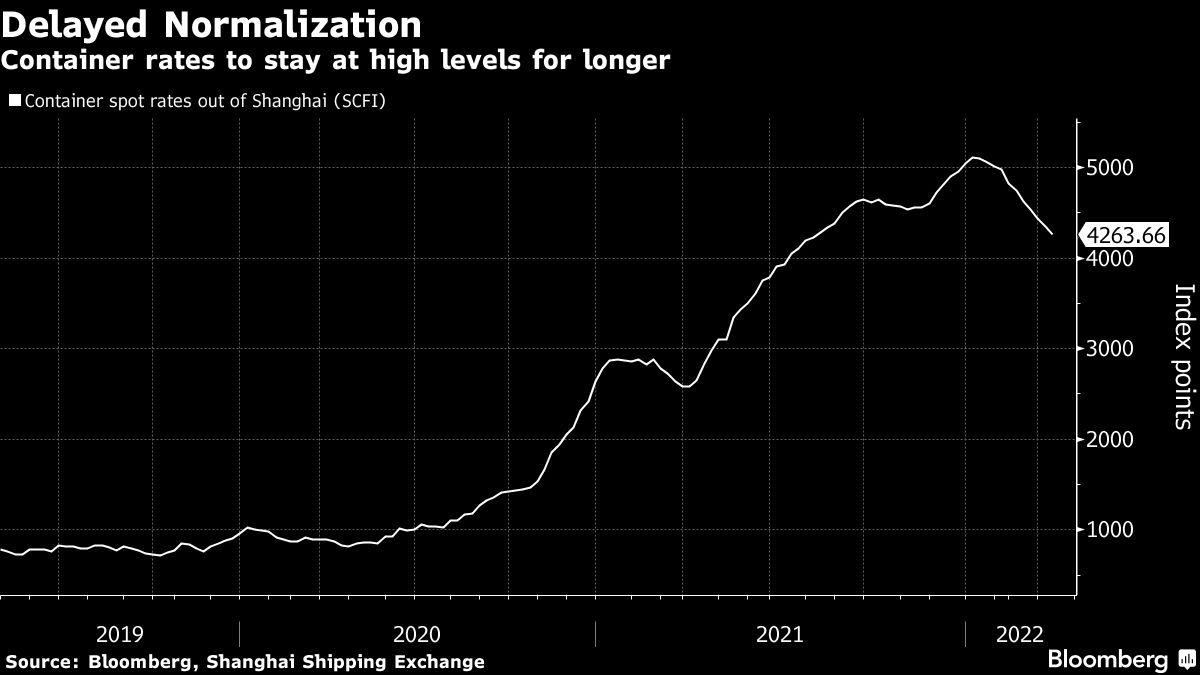 There’s a risk the global container market will contract this year, Maersk said on Tuesday, forecasting worldwide demand in the range of a 1% volume decline to 1% gain. It had earlier estimated demand growth of 2% to 4%.

Fewer available containers will keep the price of shipping goods high this quarter, with markets expected to start normalizing early in the second half, Maersk said, adding its own profit would likely go up by 25% as a result of the “exceptional market situation.” Kuehne + Nagel International AG also on Tuesday indicated that trade bottlenecks were worsening amid strong demand for capital and consumer goods, as the freight-forwarder reported sea logistics profit that tripled from a year earlier.

“The already strained supply-chain situation deteriorated further” in the first three months of the year, Chief Executive Officer Detlef Trefzger said in a statement. The “war in Ukraine increases uncertainty in a still tense market environment,” the Swiss company said.

Maersk now forecasts a 2022 profit of about $30 billion, measured as underlying earnings before interest, tax, depreciation and amortization, according to a statement. That’s up from the $24 billion Maersk predicted in February and more than analysts were expecting. The disruption allowed container lines to charge 71% higher rates in the first quarter than a year earlier, it said.

According to Bloomberg Intelligence, container rates may decline somewhat in the short term as Chinese exports suffer from lockdowns. But once restrictions end, prices are expected to rise again on a wave of pent-up demand, Lee Klaskow, a BI transport analyst, said in an April 22 note.