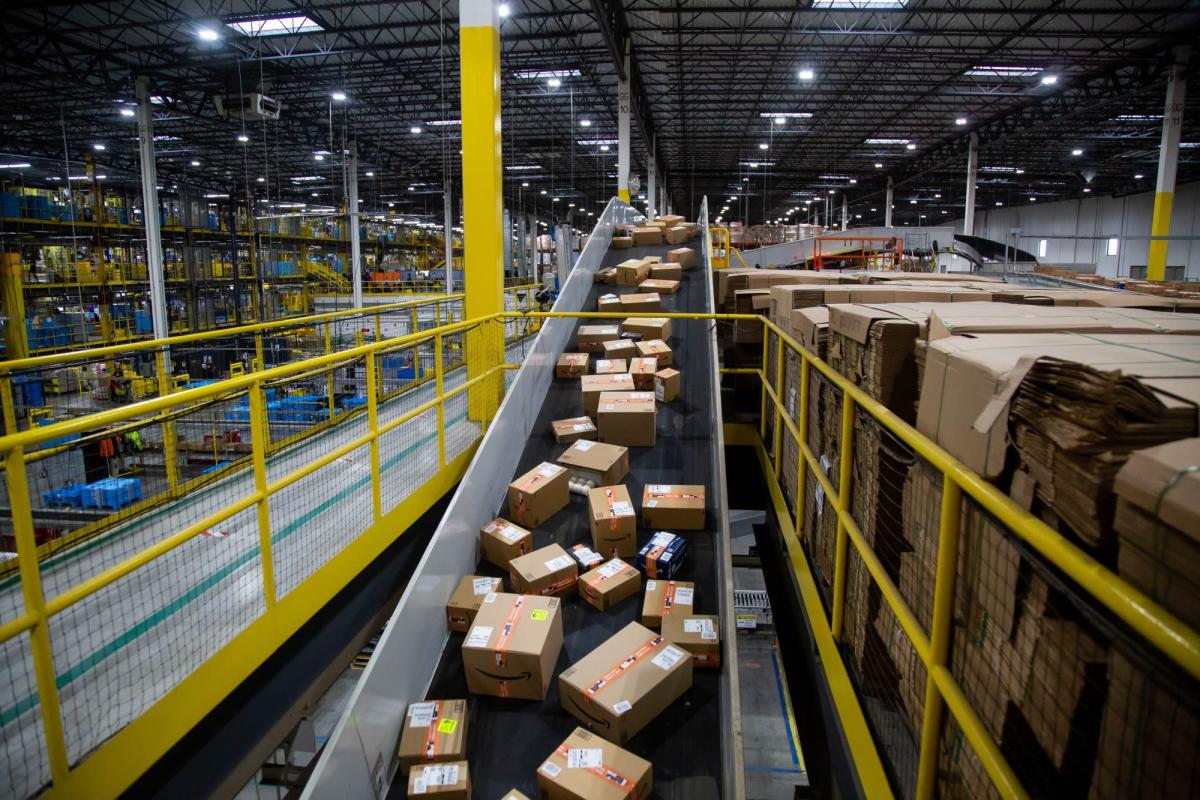 (Bloomberg) — Amazon.com Inc., stuck with too much warehouse capacity now that the surge in pandemic-era shopping has faded, is looking to sublet at least 10 million square feet of space and could vacate even more by ending leases with landlords, according to people familiar with the situation.

The excess capacity includes warehouses in New York, New Jersey, Southern California and Atlanta, said the people, who requested anonymity because they’re not authorized to speak about the deals. The surfeit of space could far exceed 10 million square feet, two of the people said, with one saying it could be triple that. Another person close to the deliberations said a final estimate on the square footage to be vacated hasn’t been reached and that the figure remains in flux.

Amazon could try to negotiate lease terminations with existing landlords, including Prologis Inc., an industrial real estate developer that counts the e-commerce giant as its biggest tenant, two of the people said.

In a sign that Amazon is being careful not to cut too deeply should demand quickly rebound, the 10 million square feet the company is looking to sublet is roughly equivalent to about 12 of its largest fulfillment centers or about 5% of the square footage added during the pandemic. In another signal that Amazon is hedging its bets, some of the sublet terms would last just one or two years.

The company declined to say which space it plans to sublet or confirm the amount.

“Subleasing is a very common real estate practice,” spokeswoman Alisa Carroll said. “It allows us to relieve the financial obligations associated with an existing building that no longer meets our needs. Subleasing is something many established corporations do to help manage their real estate portfolio.”

Amazon spooked investors last month after reporting slowing growth and a weak profit outlook that it attributed to overbuilding during the pandemic when homebound shoppers stormed online. At the end of 2021, Amazon leased 370 million square feet of industrial space in its home market, twice as much as it had two years earlier.

In the April earnings report, the company said it expected the excess space to contribute to $10 billion in extra costs in the first half of 2022. The company didn’t divulge how much over-capacity it had, where it was located or what it planned to do with it. Subleasing surplus space is one way for Amazon to trim costs on space it no longer needs.

Amazon tasked the real estate firm KBC Advisors to evaluate the warehouse network and determine where to sublet and where to terminate leases, two of the people said. Both options carry costs. Subletting warehouse space requires Amazon to remove all of its equipment so the new occupant can tailor it to their own needs. Lease terminations typically require the tenant to pay a percentage of the rent that would be due over the full term of the agreement.

It shouldn’t be hard to find tenants. The vacancy rate for industrial space is below 4%, an all-time-low, and rents were up 17.6% at the end of 2021, according to a February report from Prologis.