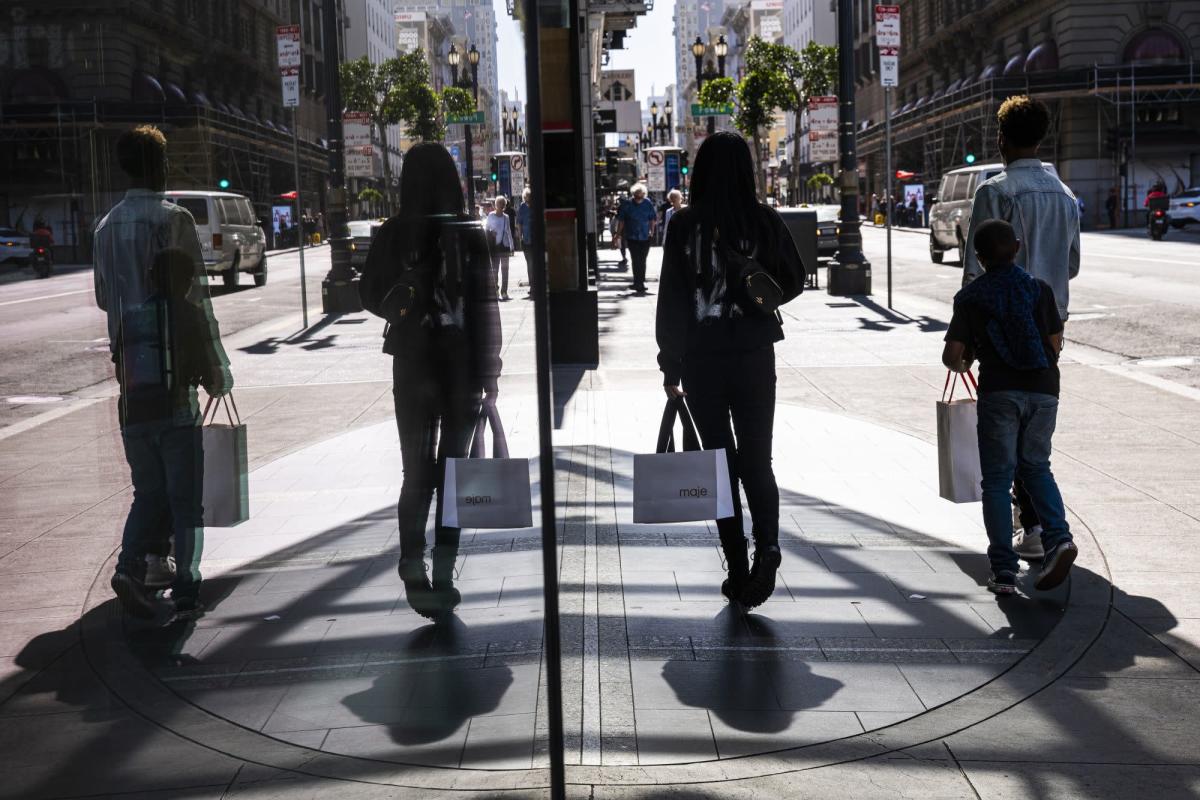 (Bloomberg) — US inflation-adjusted consumer spending fell in May for the first time this year as persistent price pressures strain household budgets.

Purchases of goods and services, adjusted for changes in prices, decreased 0.4% in May after a downwardly revised 0.3% gain a month earlier, Commerce Department data showed Thursday. Spending on services advanced while outlays for goods declined.

The personal consumption expenditures price index, which the Federal Reserve uses for its inflation target, rose 0.6% from a month earlier and was up 6.3% since May 2021. The core PCE price index increased 0.3%, less than expected. It was up 4.7% from a year ago, the smallest gain since November.

The median forecasts in a Bloomberg survey of economists called for a 0.3% decline in inflation-adjusted spending from the prior month and for the overall price index to be up 6.4% from a year earlier.

Unadjusted for inflation, spending rose 0.2% from the prior month, while personal income increased 0.5%.

The report reflected resilient demand for services, underscoring a long-anticipated shift in consumer preferences from goods to services. Spending on international travel strengthened in May.

Even so, the slowdown in consumer spending — the main driver of the US economy — adds to growing concerns about the economic outlook. Household sentiment is at a record low, recession fears are growing, and the labor market, while still robust, is showing some early signs of softening.

Inflation is eroding Americans’ pay, with households facing rising prices across the economy, including near-record costs for gasoline. The Fed, which earlier this month raised interest rates by the most since 1994, will take the latest figures into account at their July meeting when deciding whether to once again hike rates by 75 basis points, or opt for a 50 basis-point increase.

On Wednesday, Fed Chair Jerome Powell said he and his colleagues “hope that growth will remain positive,” noting that the economy is “well positioned to withstand tighter monetary policy.” But he also acknowledged the task of avoiding a recession has become more challenging in recent months.

The saving rate rose slightly in May to 5.4%, a three-month high, but was still near its lowest since 2009. High inflation has prompted Americans to draw down their savings since the end of last year.

The consumer price index, which typically runs hotter than the PCE price index, unexpectedly jumped to a fresh 40-year high in May.

Inflation-adjusted spending on goods dropped 1.6% in May, the biggest drop this year, while services increased 0.3%. Spending on motor vehicles led the decline in goods outlays, according to the Commerce Department.

Services were boosted by housing and utilities, as well as health care.

Wages and salaries increased 0.5% last month. When adjusted for inflation, however, disposable personal income declined 0.1%, the third decrease this year.