Lithium Refining Is a ‘License to Print Money,’ Musk Says 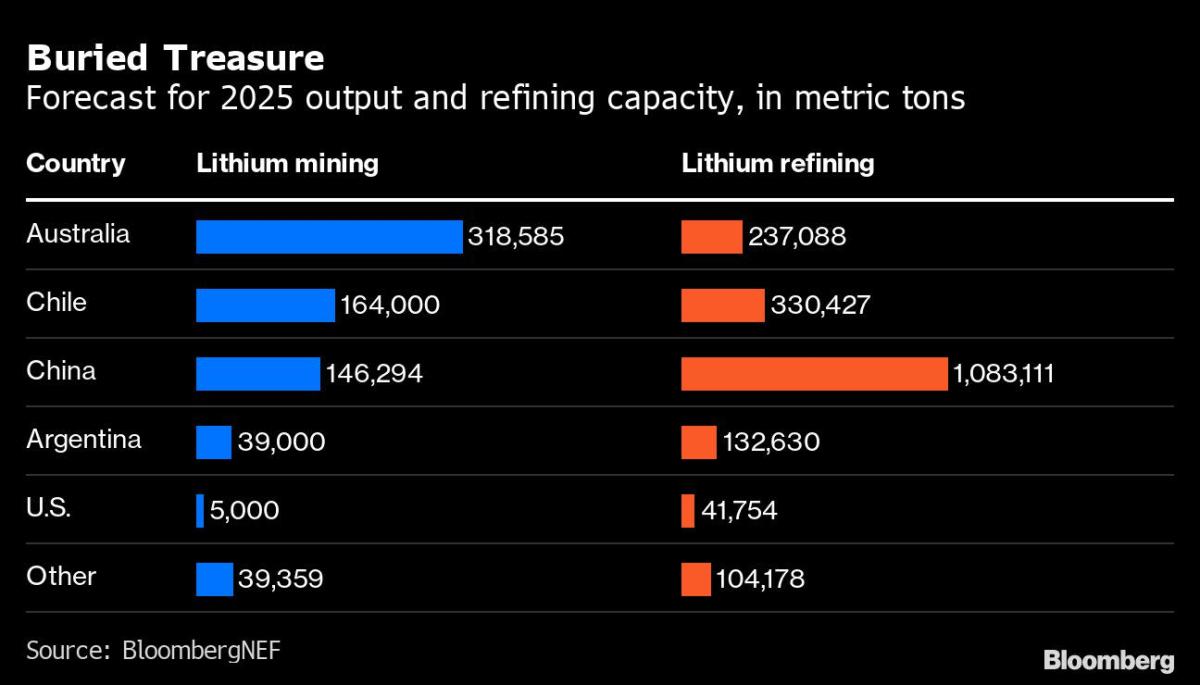 (Bloomberg) — Elon Musk has called for more investment in global lithium refining to ease shortages in battery materials — and promised those who seize the opportunity it’s as lucrative as “basically minting money.”

“I’d like to once again urge entrepreneurs to enter the lithium refining business. The mining is relatively easy, the refining is much harder,” Tesla Inc.’s Chief Executive Officer Musk said on a Wednesday earnings call, adding there are software-like margins to be made in lithium processing. “You can’t lose, it’s a license to print money.”

Constraints on availability of lithium that have sent prices surging aren’t the result of scarcity of raw materials, but because of limited global capacity to deliver ultra-high purity battery-grade hydroxide and carbonate chemicals into battery supply chains, he said. Lithium carbonate prices in China have jumped almost 450% in the past year.

Refining is “quite difficult and requires a massive amount of machinery and it’s a hard thing to scale,” Musk said. China accounts for more than half of all existing lithium refining capacity, though suppliers are adding projects in other hubs. Tianqi Lithium Corp. delivered its first batch from a new Australian operation in May.

Financiers and producers have been wary of major spending on new refineries and mines to add capacity after a previous flood of investment swamped demand and triggered a years-long slump in prices through late 2020. Many materials suppliers were forced to slash output or delay projects, and some operations shuttered entirely.

Australia should aim to add more refining and manufacturing capacity to help the world meet now surging demand for batteries, Tesla Chair Robyn Denholm said this week. Projects are also being added in locations including Chile, Argentina and the US. Tesla is building a cathode facility in Texas and is working on lithium refining activity. “If our suppliers don’t solve these problems, then we will,” Musk said.

The company sees signs some other materials prices — including steel and aluminum — are on a downward trajectory, and expects to see the benefits as soon as later this year.