Almost Half of Mortgaged Homes in US Now Considered Equity-Rich 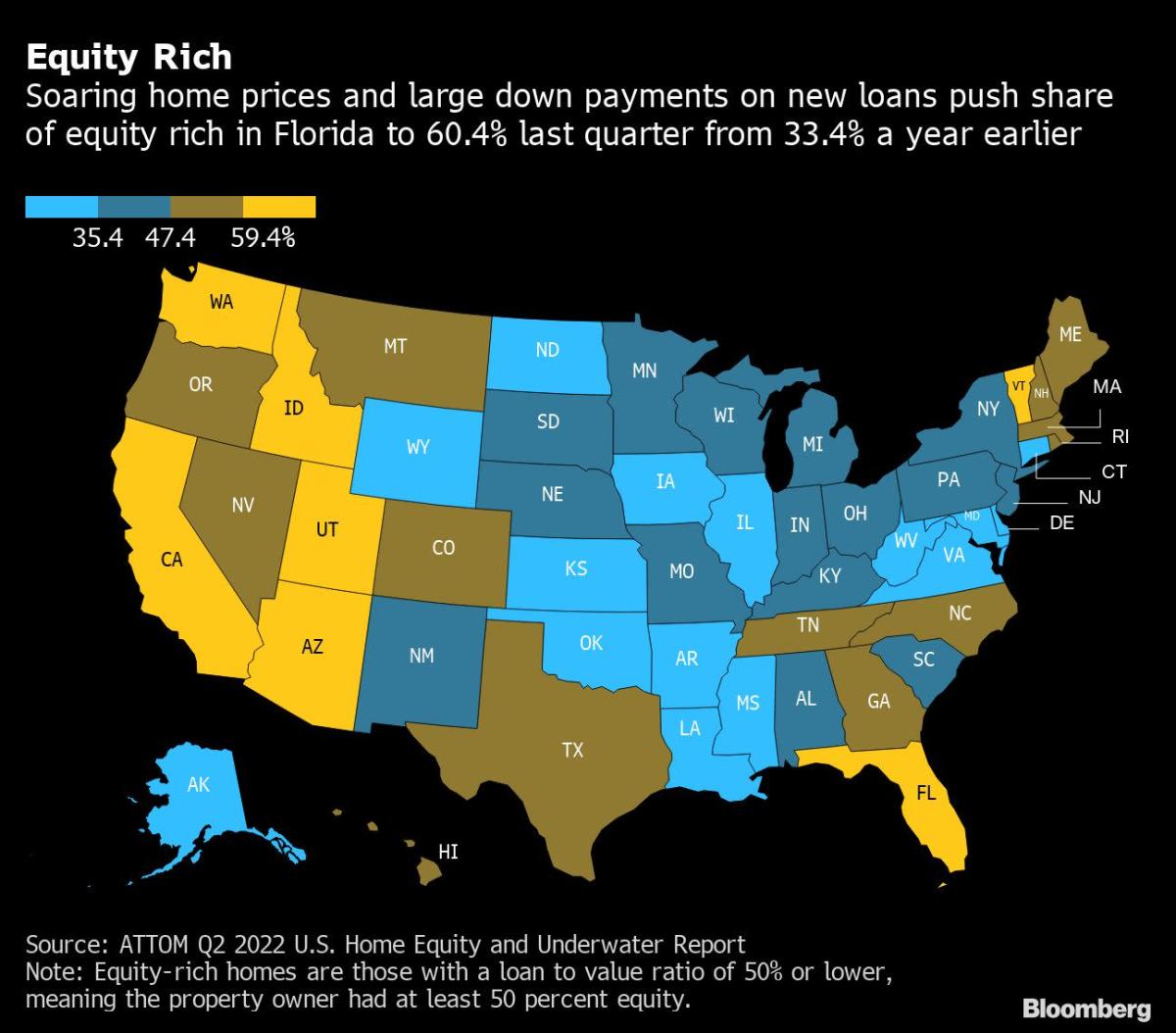 (Bloomberg) — Home ownership has reached a milestone in the US.

Nearly half of mortgaged properties were considered equity-rich in the second quarter — meaning owners had at least 50% in home equity. This marked the ninth straight quarterly rise, fueled by soaring house valuations in the pandemic era and an increase in down payments by recent buyers, according to real estate data provider Attom.

Although the housing market has cooled recently, the percentage of equity-rich properties will probably keep increasing, according to Attom.

“While home price appreciation appears to be slowing down due to higher interest rates on mortgage loans, it seems likely that homeowners will continue to build on the record amount of equity they have for the rest of 2022,” Rick Sharga, executive vice president of market intelligence at Attom, said in a statement.

The gains were particularly sharp in the south, where many Americans moved during the pandemic.

In Florida, more than 60% of mortgaged homes are now equity-rich, up from about a third a year ago. It’s good news for owners and for municipalities as well, as it creates a more stable financial environment.

Nationwide the portion of mortgaged homes that were equity-rich reached a record 48.1% in last quarter, up from 44.9% in the first quarter and from 34.4% a year earlier, Attom said.

Meanwhile, the share of homes that were considered seriously underwater — where the mortgage is 25% greater that the property’s estimated market value — dropped to a low of 2.9%.