US Mortgage Lenders Are Starting to Go Broke 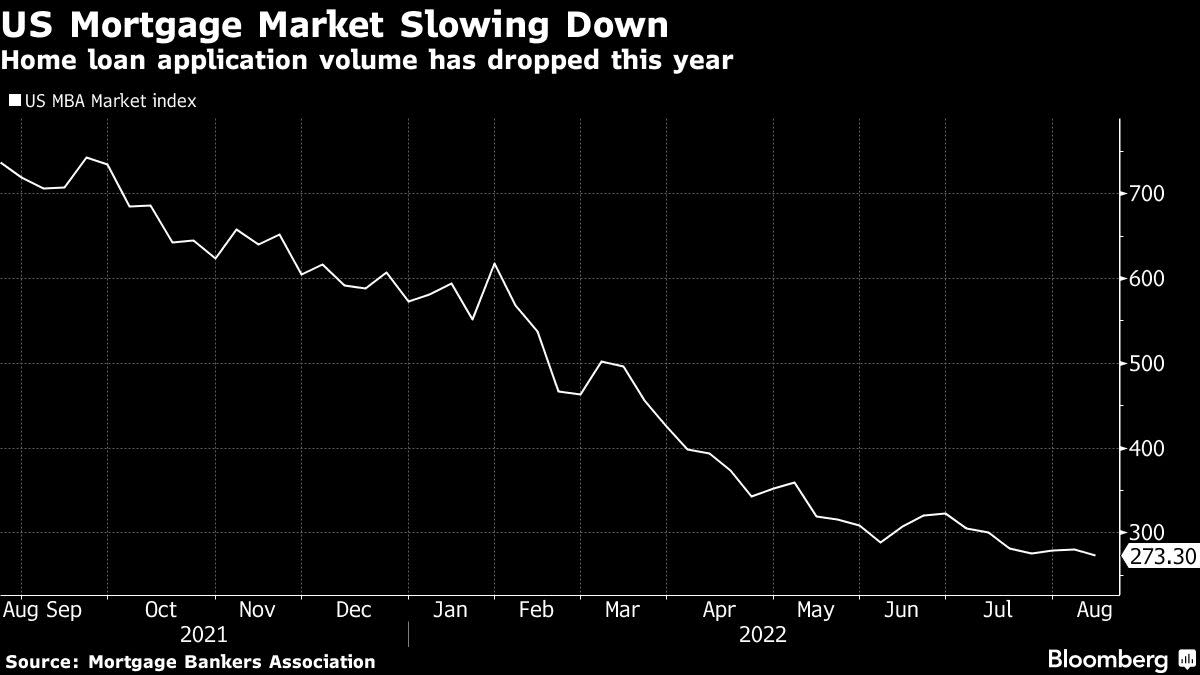 (Bloomberg) — The US mortgage industry is seeing its first lenders go out of business after a sudden spike in lending rates, and the wave of failures that’s coming could be the worst since the housing bubble burst about 15 years ago.

There’s no systemic meltdown coming this time around, because there hasn’t been the same level of lending excesses and because many of the biggest banks pulled back from mortgages after the financial crisis. But market watchers nonetheless expect a string of bankruptcies broad enough to trigger a spike in layoffs in an industry that employs hundreds of thousands of workers, and potentially an increase in some lending rates. More of the business is now controlled by independent lenders, and with mortgage volumes plunging this year, many are struggling to stay afloat.

“The nonbanks are poorly capitalized,” said Nancy Wallace, chair of the real estate group at Berkeley Haas, the business school at University of California, Berkeley. “When the mortgage market tanks they are in trouble.”

In 2004, only about a third of the top 20 lenders for refinancings were independent firms. Last year, two-thirds of the top 20 were non-bank lenders, according to LendingPatterns.com, which analyzes the industry for mortgage lenders. Since 2016, banks have seen their share of the market shrink to about a third from about half, according to news and data provider Inside Mortgage Finance.

Many of the so-called shadow lenders will emerge from this slowdown relatively unscathed. But some lenders have already stopped operating or scaled down dramatically, including and Sprout Mortgage and First Guaranty Mortgage Corp. Both specialized in riskier lending that isn’t eligible for government backing.

First Guaranty, a company that according to court papers is majority owned by fixed-income giant Pacific Investment Management Co., filed for bankruptcy, saying it failed after it made loans earlier this year that dropped in value. It was holding onto those loans until it had enough to bundle into bonds and sell to investors, and it had been temporarily funding them with a line of credit.

Once interest rates started to climb, lending volume shrank across the industry, according to court papers. That meant the company could no longer find enough new loans to bundle, or get enough financing to keep operating, said First Guaranty’s chief executive officer, Aaron Samples. Firms included Flagstar Bank and Customers Bank are owed about $418 million, according to court documents.

First Guaranty employed 600 people before it filed bankruptcy in June and made $10.6 billion in loans last year, according to court records. Days before seeking court protection, the company fired 471 workers because it couldn’t get enough financing to overcome a cash crunch.

Independent lenders gained a toehold in the market because banks pulled back so much after the 2008 financial crisis, which started with excessive lending in mortgages. Regulators have often encouraged the retreat, and it’s still happening: Wells Fargo & Co., the biggest Wall Street firm in the US mortgage business, plans to shrink its home loan empire, Bloomberg reported this week.

Unlike banks, independent lenders often don’t have emergency programs they can tap for financing when times get tough, nor do they have stable deposit funding. They depend on credit lines that tend to be short-term and depend on mortgage prices. So when they’re stuck with bad assets, they face margin calls and potentially go under.

Many independent lenders have managed their risk well, and for lenders that work extensively with government-backed companies like Fannie Mae and Freddie Mac, the situation is less dire. They can often get emergency funding from government-sponsored enterprises if they run into difficulty. But those lenders that make riskier loans and work less often with the GSEs have fewer options when they face margin calls.

“Part of the reason these companies are distressed is because the loans can’t go to the GSEs for funding,” said David Goodson, head of securitized credit at Voya Investment Management, in a phone interview. “The options for funding are more limited which is especially painful when financial conditions are tightening.”

Many other lenders have seen the value of their loans drop, said Scott Buchta, head of fixed-income strategy at Brean Capital, an independent investment bank. The Federal Reserve has tightened rates by 2.25 percentage points this year in an effort to tame inflation, and 30-year US mortgage rates have surged above 5% for government-backed loans. That’s close to their highest levels since the financial crisis, from around 3.1% at the end of last year.

That’s beaten down the value of home loans made just a few months ago. A mortgage made in January and not eligible for government backing could have traded in early August somewhere around 85 cents on the dollar. Lenders usually try to make loans worth somewhere around 102 cents to cover their upfront costs.

For a lender whose loans dropped to 85 cents, the losses can be debilitating, even if they aren’t realized yet. On top of that, business is broadly plunging. Overall mortgage application volume has plunged by more than 50% this year, according to the Mortgage Bankers Association. These business conditions are spurring banks that provide lines of credit known as warehouses to make margin calls and cut credit.

“The warehouse lenders in this industry seem to be extremely on top of things in this downturn, unlike in ‘08,” said bankruptcy attorney Mark Power, who is representing creditors in the First Guaranty bankruptcy. “They are making margin calls quickly.”

Banks have emergency funding they can tap in times of crisis, which can often allow them to stay afloat in hard times. But not always: emergency financing from the Federal Reserve is usually only available for solvent institutions with a chance of recovering. In the last downturn, so many banks had so many soured loans and struggling assets of all kinds that hundreds failed. Nonbanks went bust as well.

The Snowballing US Rental Crisis Is Sparing Nowhere and No One