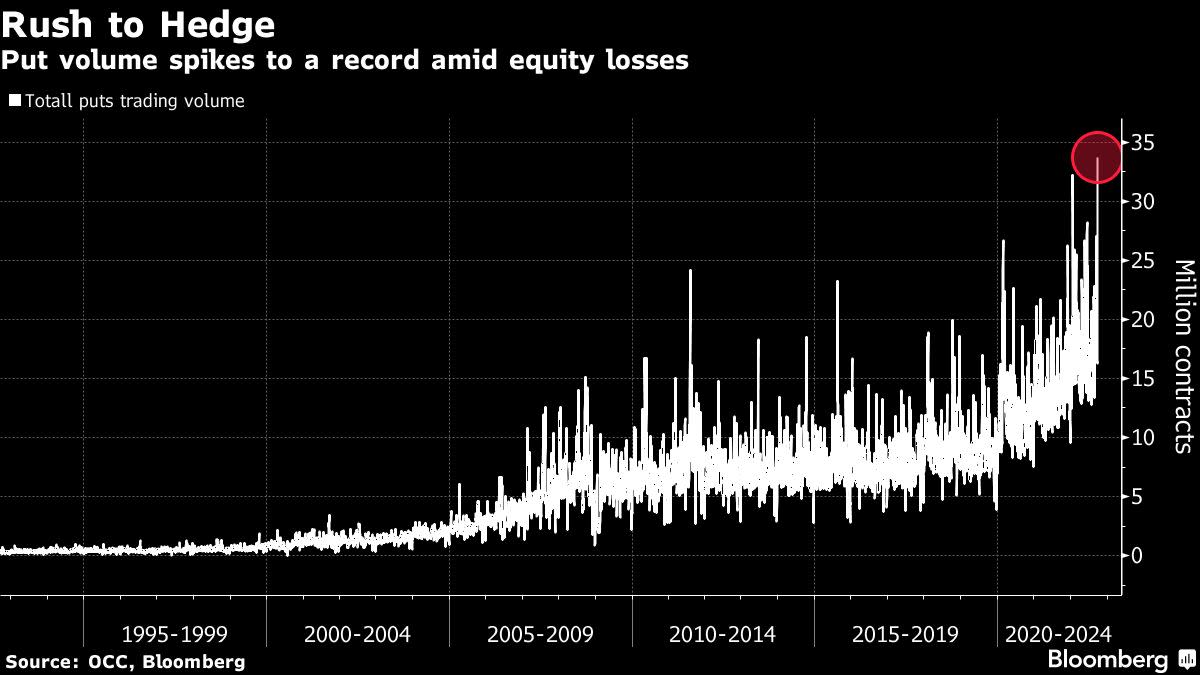 (Bloomberg) — Options traders spooked by turmoil across Wall Street snapped up protection against further losses in stocks at the fastest pace on record.

More than 33 million bearish contracts changed hands Friday across the board, the busiest session since data began in 1992. The largest exchange-traded fund tracking the S&P 500 (ticker SPY) also saw volume in puts spike to an all-time high after a week of central bank-induced volatility in everything from equities and bonds to currencies.

The rush for protection came as the S&P 500 limped to another weekly wipeout, this one sparked by another aggressive Federal Reserve rate hike and warnings that more pain is yet to come. The S&P 500 on Friday briefly dipped below its bear-market low before buyers emerged to keep the index above that key technical level.

The urge to hedge may well prove a welcome development for those who have been waiting for a sentiment washout to signal a sustained market bottom before diving back. Money managers have slashed equity exposure to record lows amid recession fears, while their cash holdings hit all-time highs, according to Bank of America Corp.’s latest survey.

For all of 2022, however, dip buying has proved a futile strategy, with every stock bounce being subsequently thwarted. Down 23% this year, the S&P 500 is poised for its worst annual performance since 2008.

During Friday’s trading frenzy, demand for bullish options also increased. Yet at 26 million, the volume for calls only reached the highest since March.